“Dana Lyn and Kyle Sanna have figured out how to express Irish music as a truly universal music language.” – fiddler Martin Hayes

Hailed as “ground-breaking” by noted folklorist and NEA Award-recipient Mick Moloney and “bursting with creativity” by renowned fiddler Kevin Burke, Dana Lyn and Kyle Sanna connect the dots between their experience as composers and improvisers in New York City’s rich musical community and their deep admiration for traditional Irish music. The duo has collaborated with some of the greatest living interpreters of Irish music, including Martin Hayes and Dennis Cahill, Cillian Vallely, Kevin Burke, and Mick McAuley, and has received commissions from Palaver Strings and New York’s Irish Arts Center. Since 2015, Lyn and Sanna’s work has been engaged in environmental themes. Their projects “The Great Arc” and “The Coral Suite” celebrate biodiversity through Lyn’s artwork, while also highlighting pressing environmental issues, and their work for string orchestra, “Under the Sea-Wind”, amplifies Rachel Carson’s message that the health of the planet rests on the balance of relationships between life and the cycles of nature.

Lyn and Sanna have brought their “through the looking glass” approach to traditional music to clubs, festival stages, and concert halls throughout the US and Canada, and even to augmented reality virtual spaces. They have taught workshops at the Old Songs Festival, the Catskills Irish Arts Festival, the Fairbanks Summer Arts Festival, Wellesley College, West Virginia’s Augusta Heritage Center, Traditional Arts in Upstate New York, and since have been three-time residents at the Avaloch Farm Music Institute in Boscawen, NH.

Their second album, “The Great Arc”, is inspired by and concerned with extinct and endangered animal species. The Irish Echo hailed it as “a deep musical work full of lavish, evocative textures” and the Dublin-based Grammy-winning singer Susan McKeown called it “sublime”.

Picking up where “The Great Arc” left off, Lyn and Sanna continue their investigation of environmental fragility with “The Coral Suite”: an evocative sequence of Irish tunes that mirrors the life cycles and natural processes that occur within coral reef ecosystems. With the rich vocabulary of Irish melody, and with light boxes and animated projections featuring Dana Lyn’s artwork, Lyn and Sanna create an audiovisual poem for the reef, paying tribute to its miraculous biodiversity while calling attention to the urgent need for its protection.

In 2020 Dana Lyn & Kyle Sanna were among several artists commissioned by the Irish Arts Center to create a work that responded to the pandemic and the theme of grace in uncertainty. “Grásta: a pandemic video journal” premiered in December.

In 2021 they collaborated with Portland, Maine-based ensemble Palaver Strings to produce a climate-themed concert featuring a new arrangement of the Coral Suite and a co-composition for string orchestra commissioned by Palaver Strings. “Under the Sea-Wind” takes its title from the Rachel Carson book of the same name and evokes the ecology of the Maine shore, its tidal rhythms and interconnected chorus of biodiversity.

New York-based fiddler and composer Dana Lyn inhabits a musical world somewhere in the Venn diagram of 70’s art rock, classical, traditional Irish and improvised music. She has worked and performed with a wide variety of artists such as Tony Award-winning musicians Stew and Heidi Rodewald; Irish poet Louis de Paor; actor-directors Ethan Hawke and Vincent D’Onofrio; performance artist Taylor Mac; avant cellist Hank Roberts; Grammy Award-winning vocalists Loudon Wainwright and Susan McKeown; the late great Scots fiddler Johnny Cunningham; D’Angelo and the Vanguard and the Elysian Fields, among others. As a composer, Lyn has received commissions from the Brooklyn Rider, the Apple Hill String Quartet, the National Arts Council of Ireland, violist Nicholas Cords, the Los Angeles Inception Orchestra and the New Orchestra of Washington. Most recently, she was an artist in residence at the Baryshnikov Arts Center. Upcoming releases include an album of original music inspired by visual artist Jay Defeo as well as the sophomore release of her collaboration with actor Vincent D’Onofrio, Slim Bone Head Volt.

Guitarist and composer Kyle Sanna has collaborated with and performed alongside modern virtuosos like Yo-Yo Ma, Edgar Meyer, and Chris Thile, and with some of the greatest living interpreters of the Irish tradition including Martin Hayes and Seamus Egan. His music has been described as “unconventionally beautiful” by WNYC’s New Sounds and Sound Check host John Schaefer and has been performed at venues across the globe: at the Bach House in Eisenach, Germany, Oman’s Royal Opera House, Sydney’s ABC studios, Taipei’s National Recital Hall, Carnegie Hall, and many points between. Kyle Sanna has arranged music for Béla Fleck, Jan Vogler, Anne-Sofie Von Otter, Martin Hayes, and for Yo-Yo Ma on two Grammy Award-winning albums. His “ruminative and shape-shifting” (San Francisco Chronicle) work for string quartet, “Sequence for Minor White”, won First Prize in the 2018 Charlotte New Music Festival Composition Competition. Kyle is also a member of Kinan Azmeh’s CityBand, the Seamus Egan Project, and Martin Hayes and the Common Ground Ensemble. 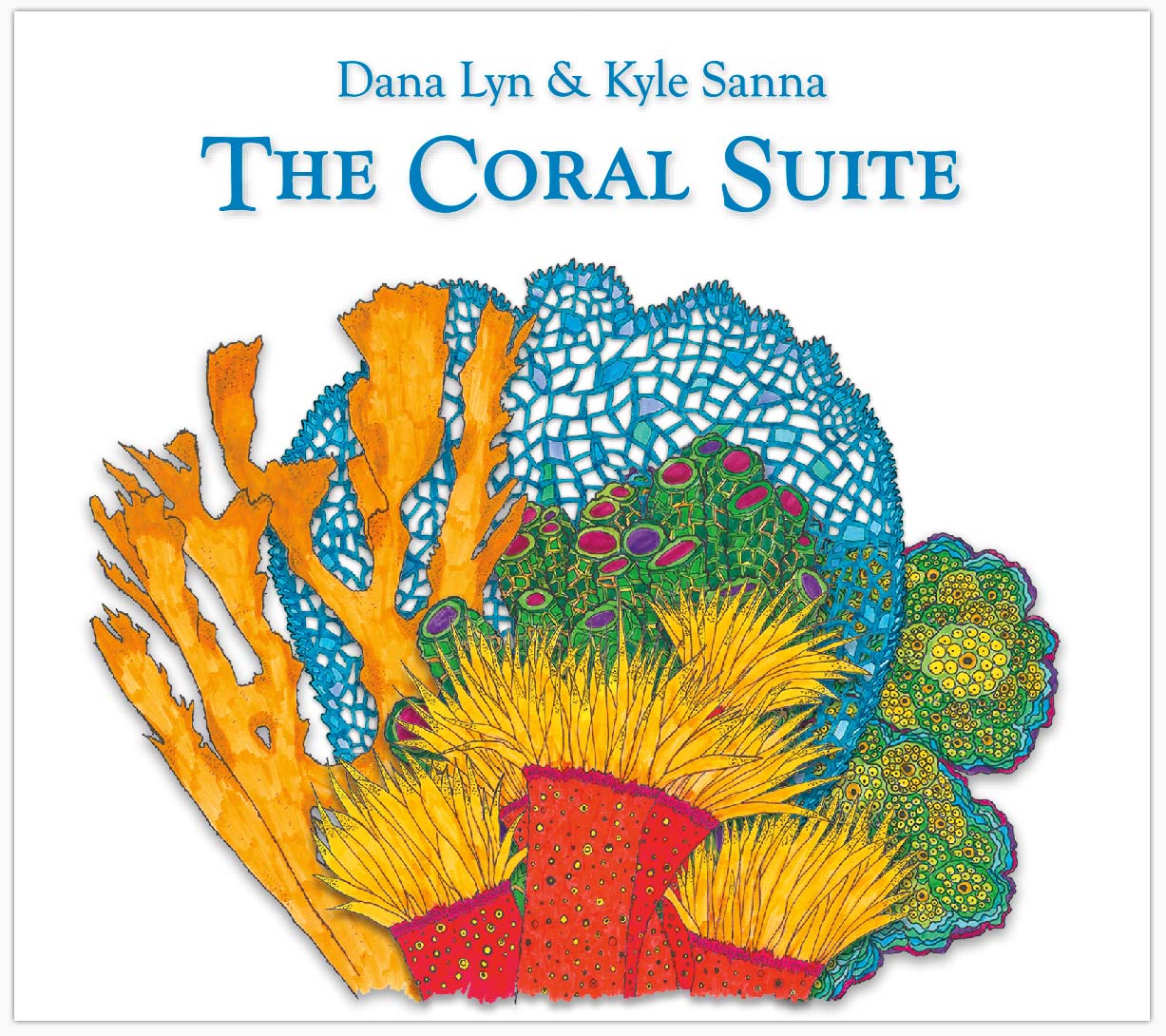 A musical environment, populated with Irish melodies, that pays tribute to the biodiversity of coral reef ecosystems. 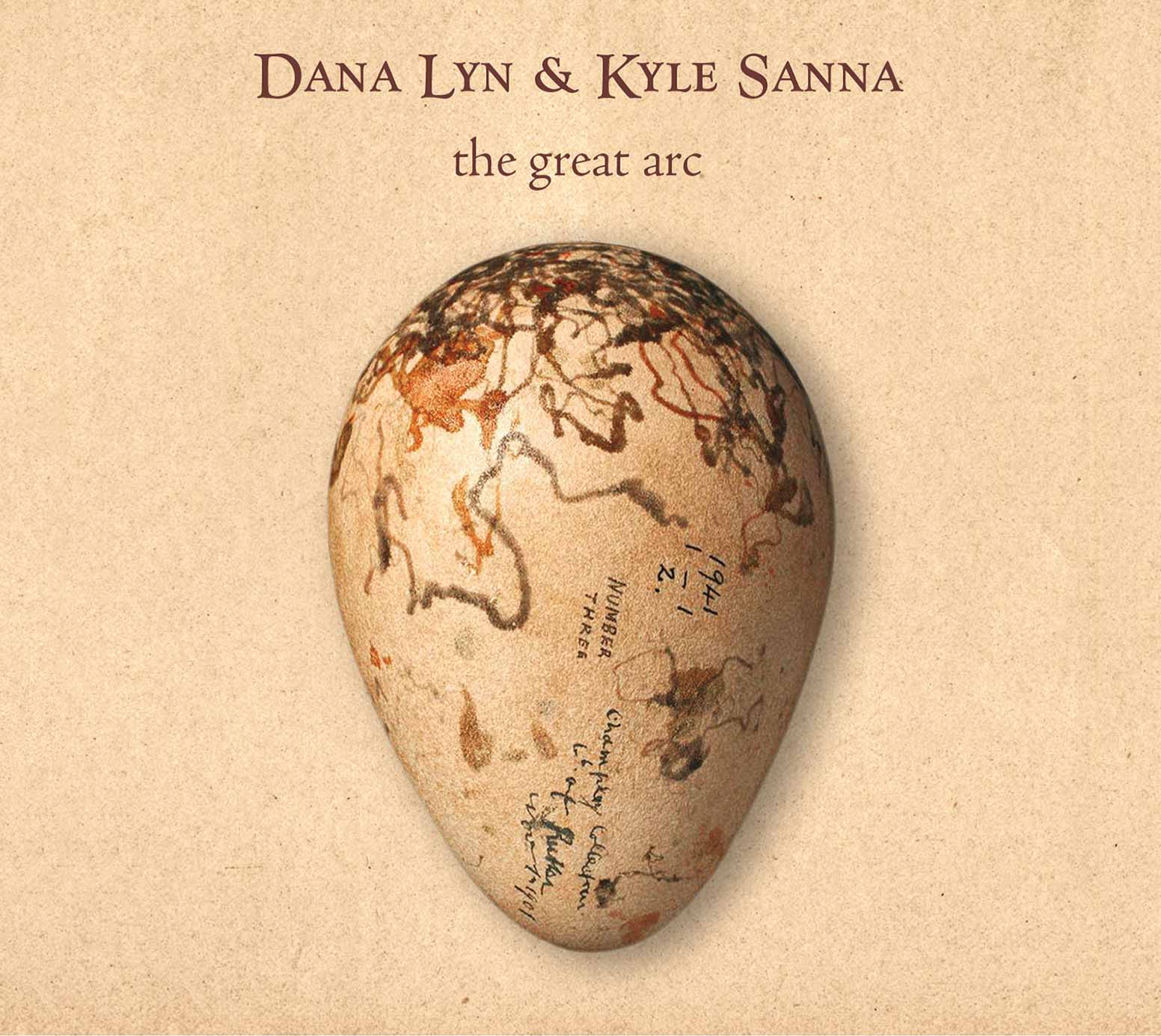 An album inspired by biodiversity and concerned with species extinction.

The Hare Said a Prayer… 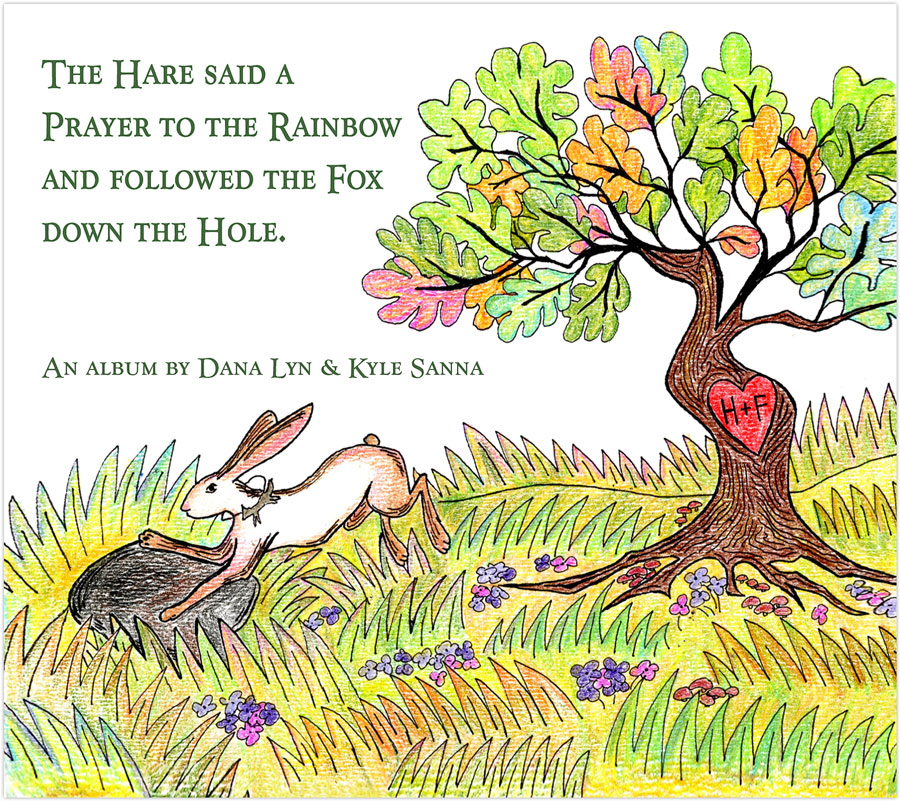 The duo’s first album, a story without words about a Hare’s fatal attraction to a Fox. 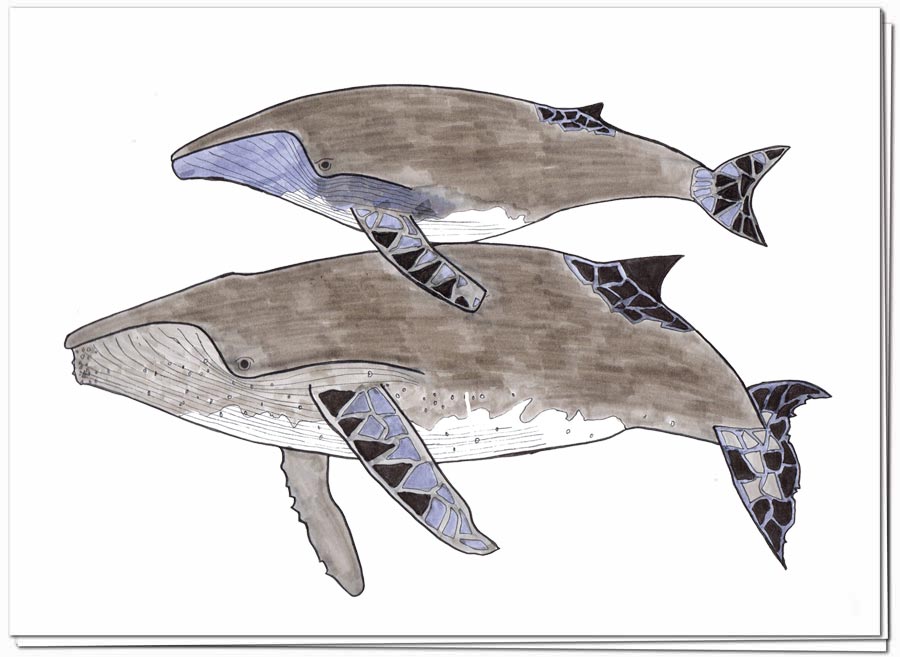 A book of nine postcards featuring drawings by Dana Lyn for The Coral Suite. All profits will go to support the Coral Reef Alliance. (click thumbnail to view all) 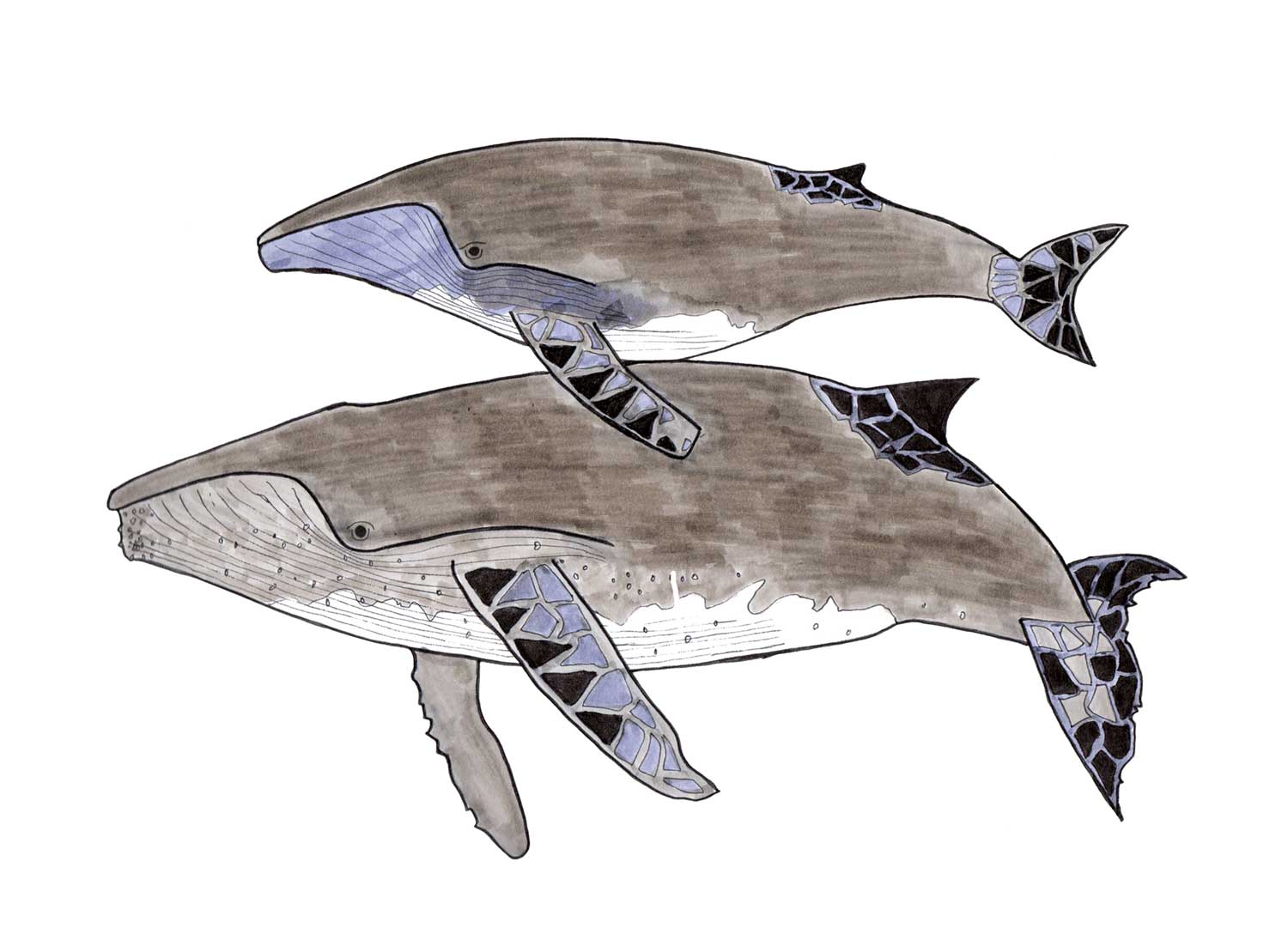 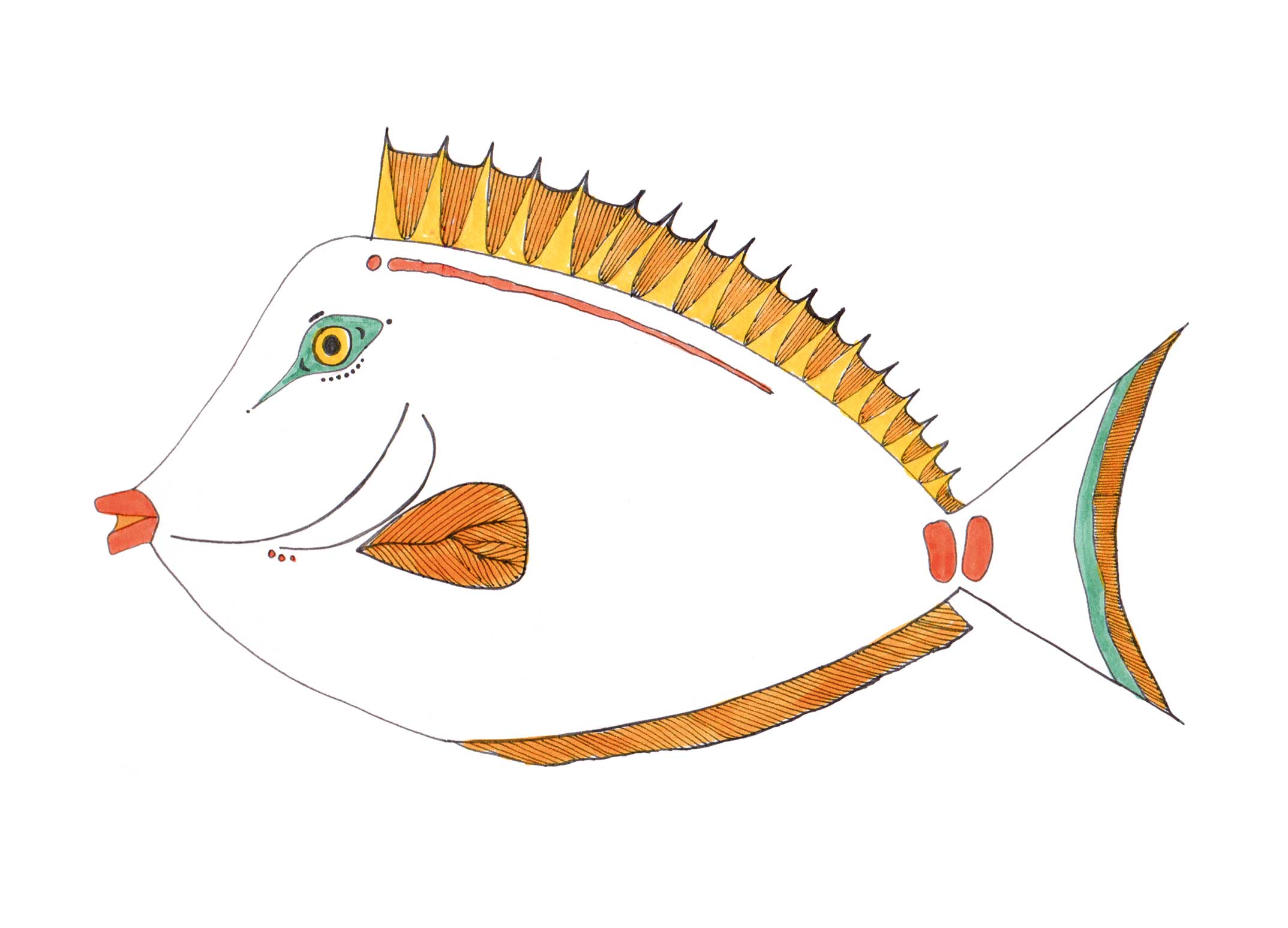 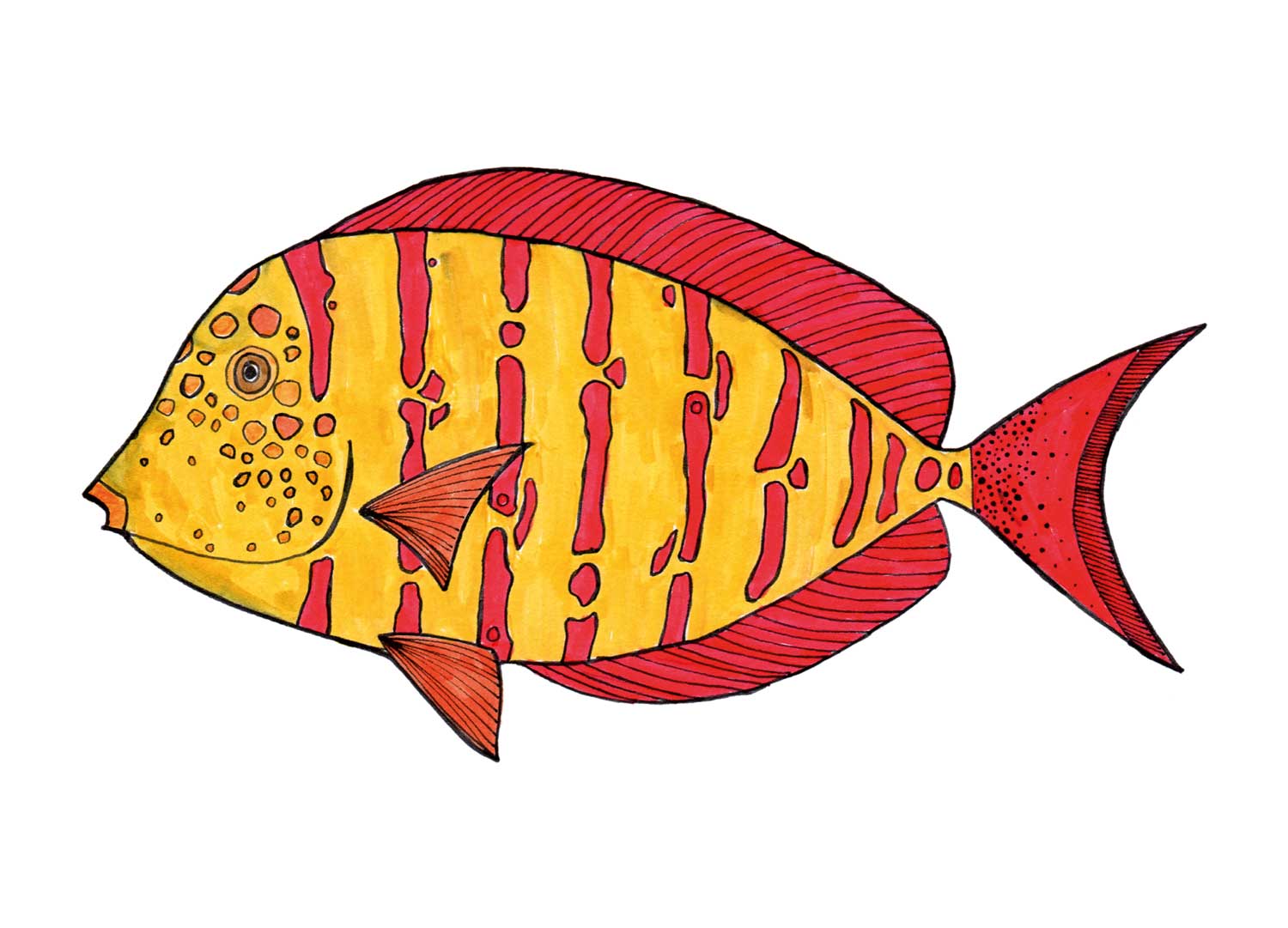 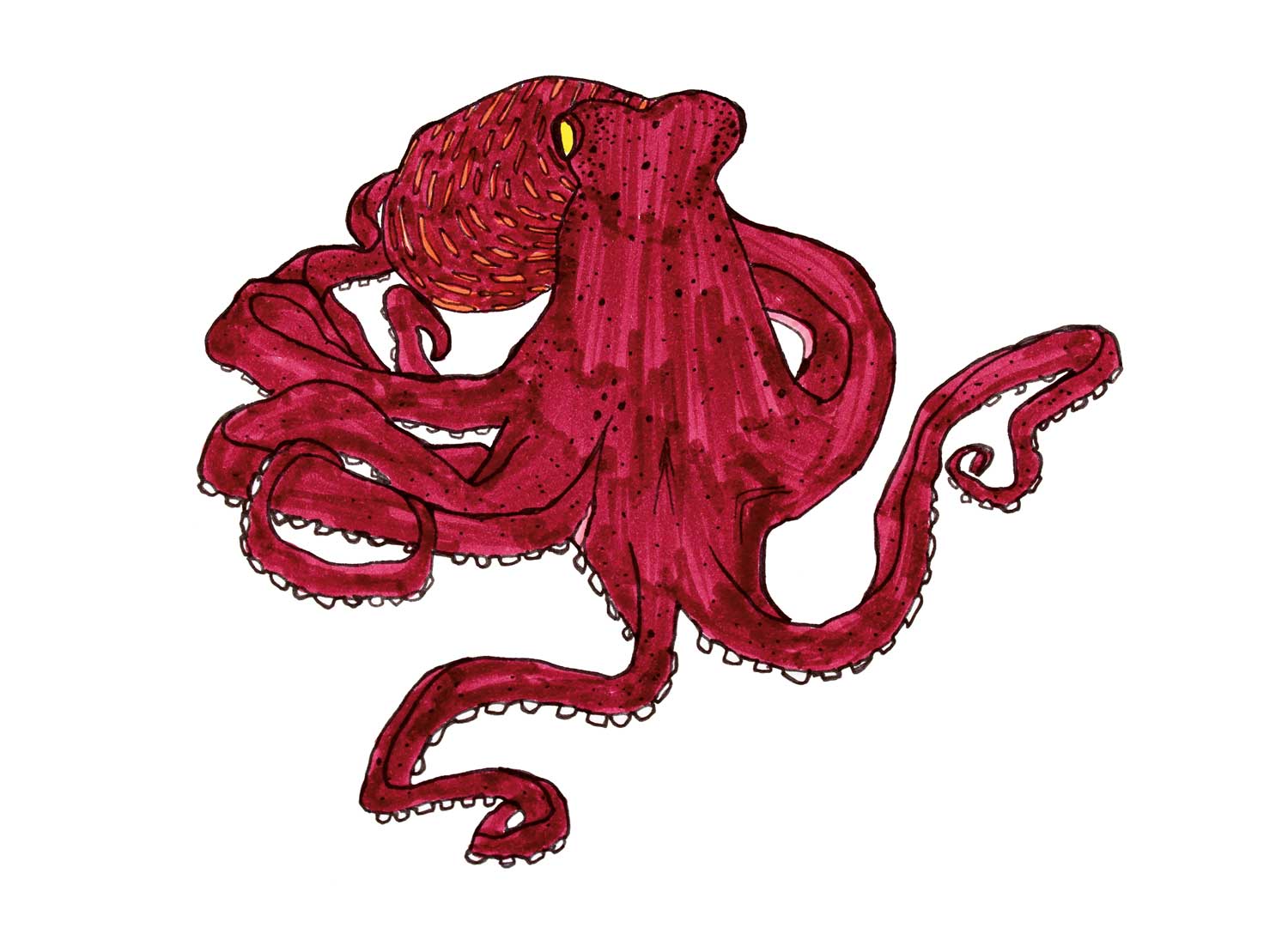 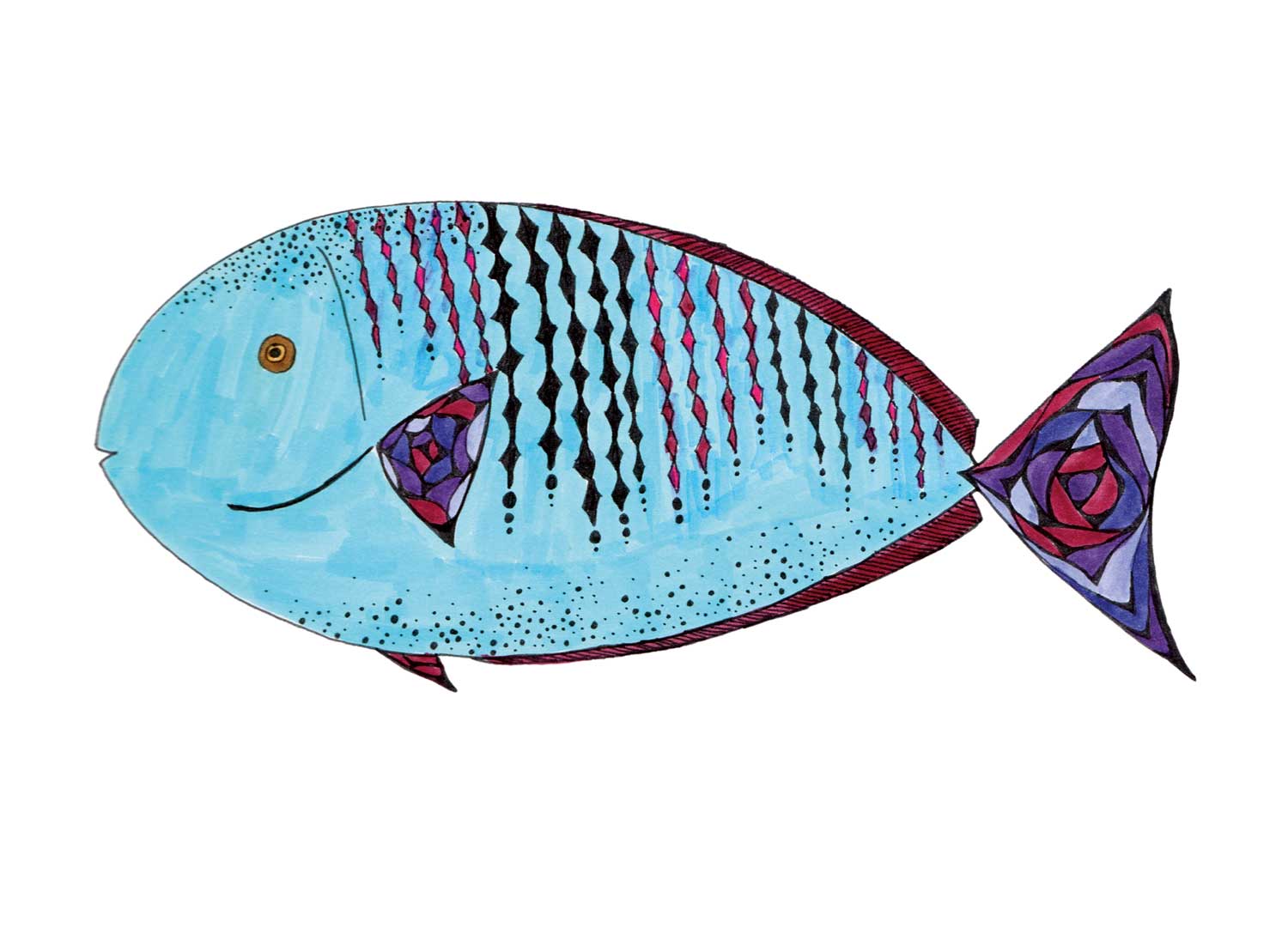 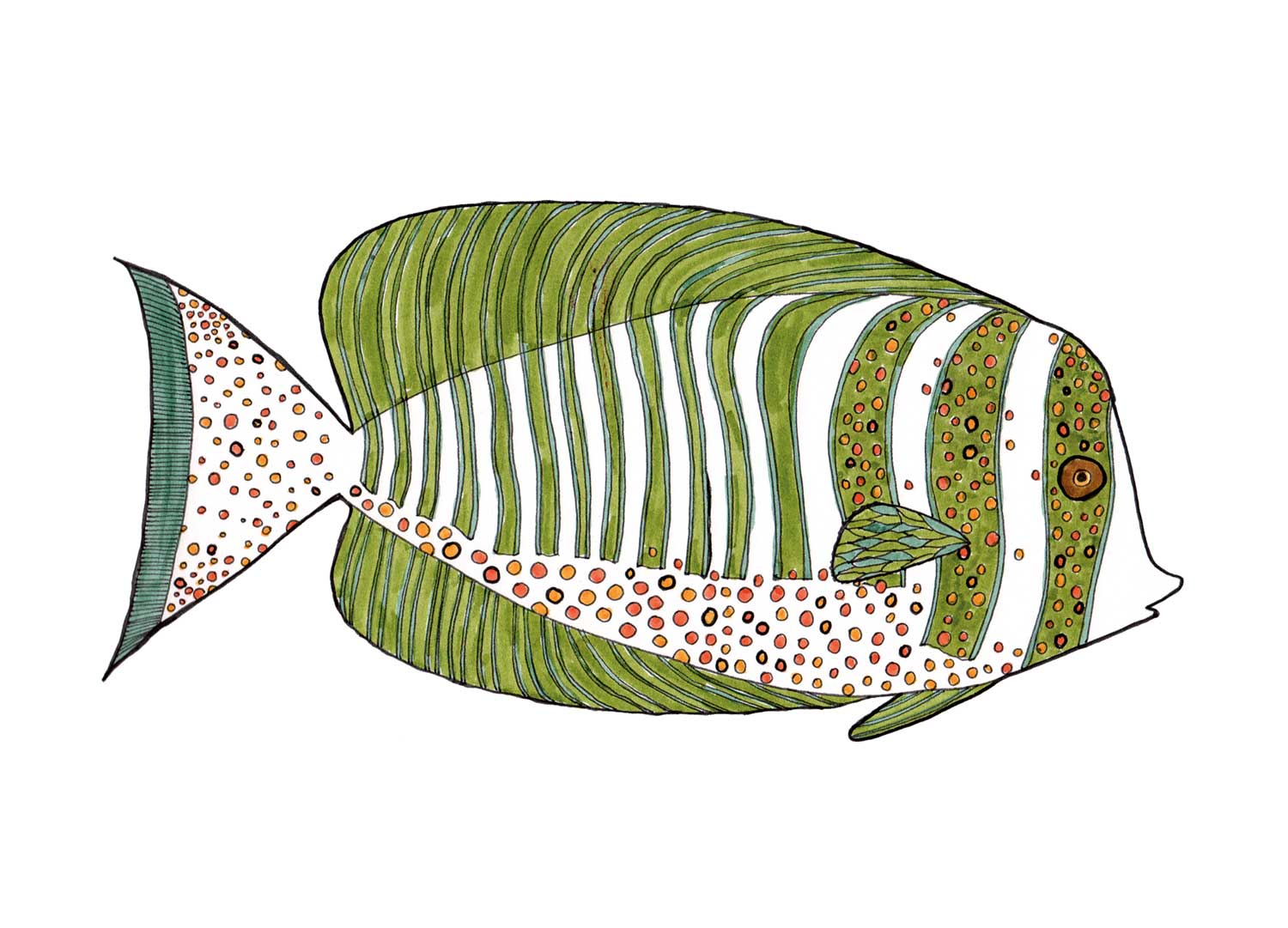 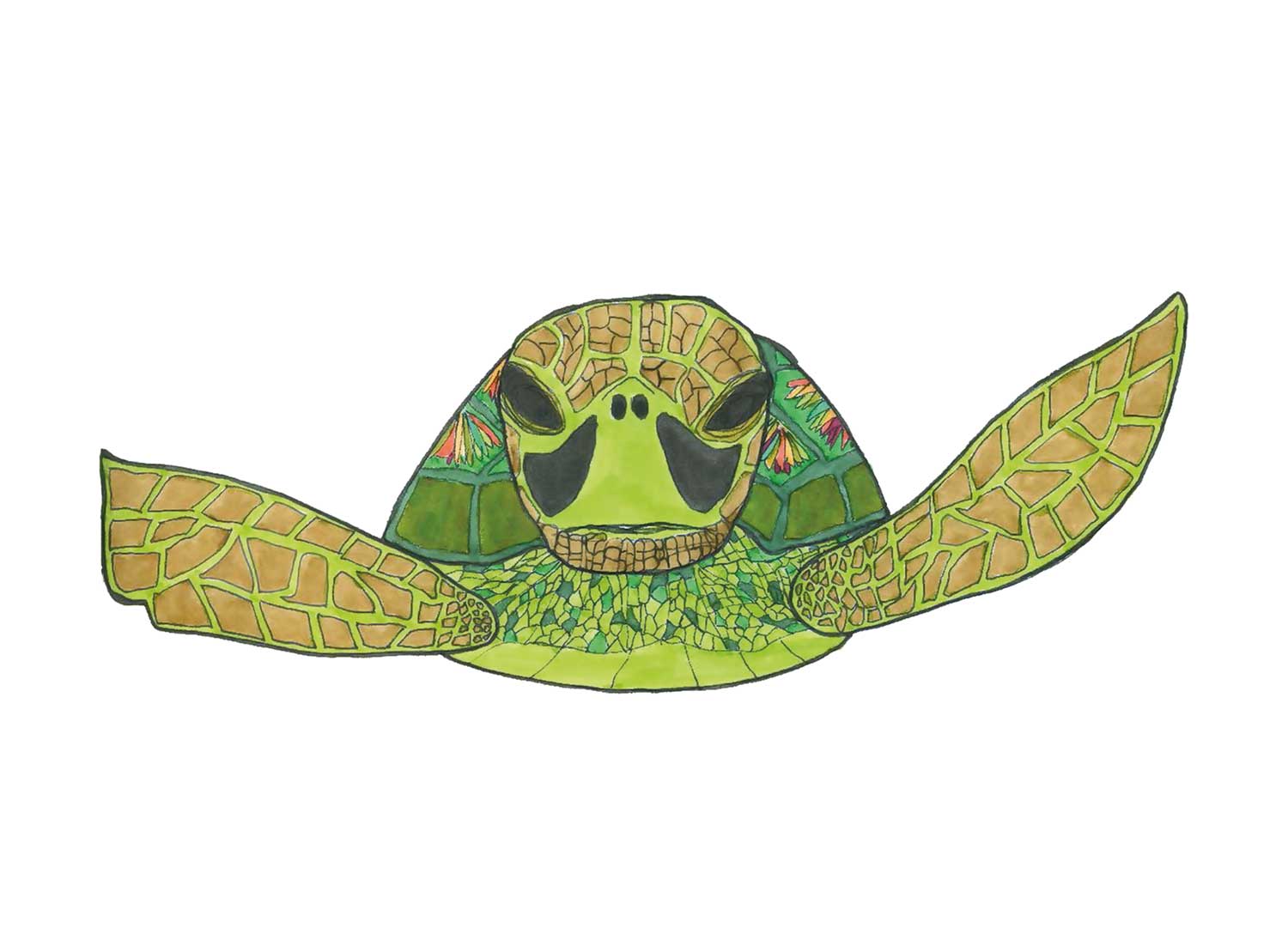 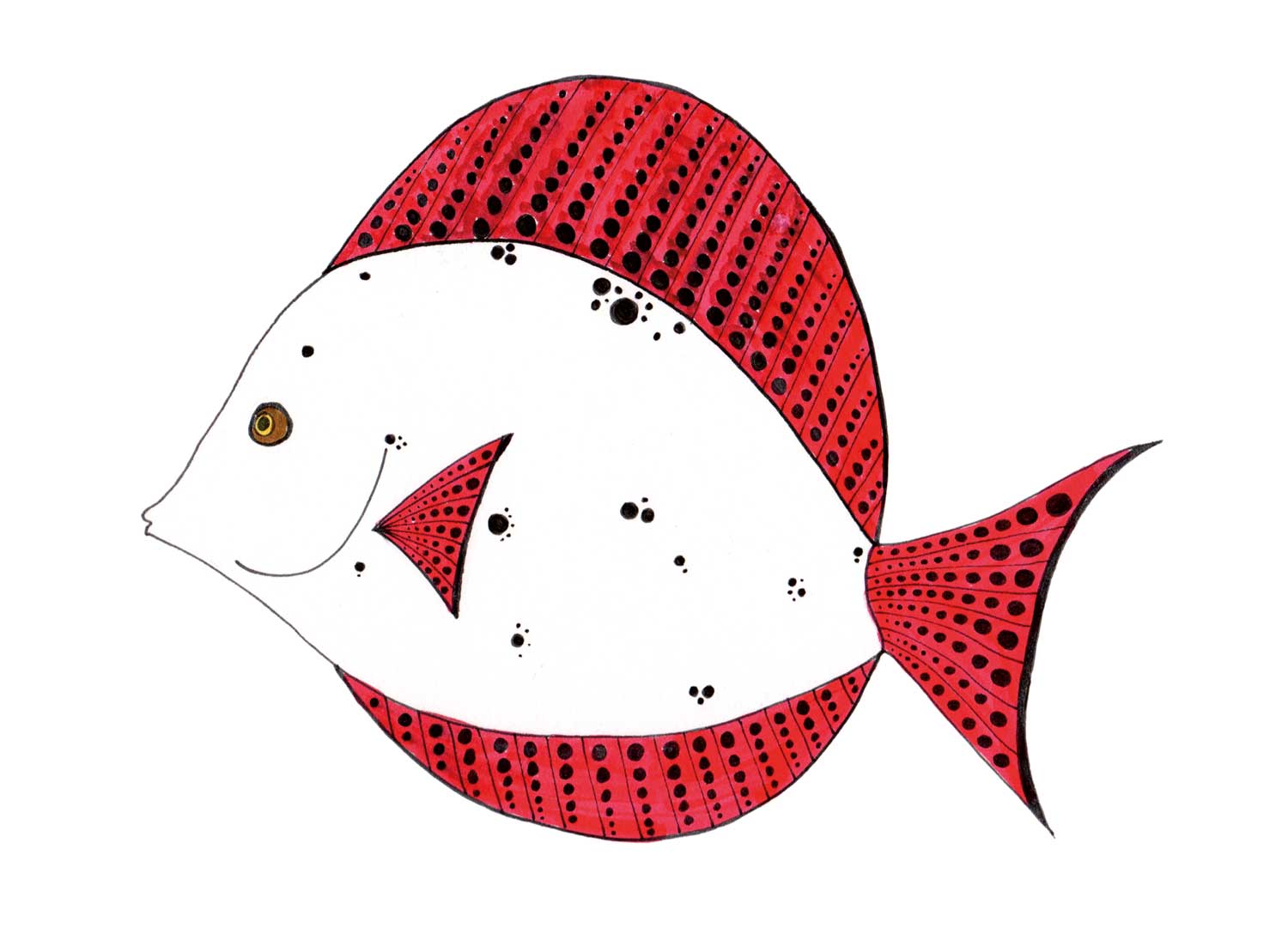 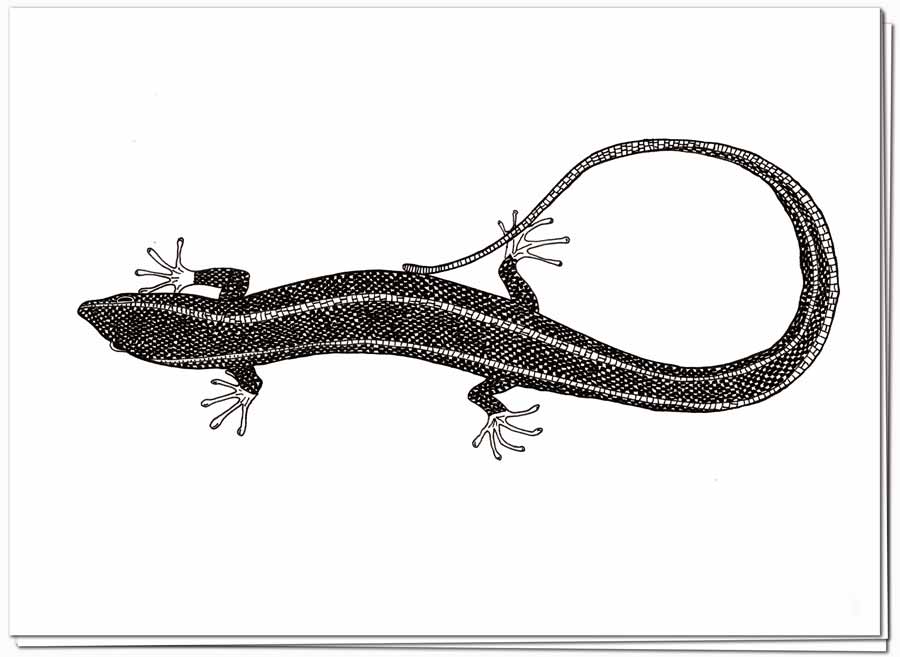 A book of nine postcards featuring Dana Lyn’s drawings of the endangered and extinct animals from The Great Arc. All profits will go to support the Natural Resources Defense Council. (click thumbnail to view all)

On The Coral Suite :

“The Coral Suite contains great riches for those who want to dig in. The entire [album] is alive with … expressive subtlety and symbolism that communicate the wonder of the subject at hand. I highly recommend this one.” – Daniel Neely, The Irish Echo

“A beautiful and authentic recording of Irish music that is simultaneously traditional and innovative. The playing on this album by Kyle and Dana is first rate.” – renowned fiddler Martin Hayes

“A ceilidh organized by Jacques Cousteau. It works. It definitely works. We await with eager anticipation what new places Lyn and Sanna take the listeners next on their ongoing musical journey.” – Erin Roll, New York Irish Arts

“From beginning to end, the duo’s admiration for traditional Irish music is wholly sincere… [an] enriching listen.” – Textura

On Dancing The Coral Suite (with Darrah Carr Dance):

“A mesmerizing dive into diodiversity. Darrah Carr Dance and Dana Lyn & Kyle Sanna take tradition and our expectations to the next poetic level.” – Christine Jowers, The Dance Enthusiast

On Dancing The Great Arc (with Darrah Carr Dance):

On The Great Arc :

“Lyn and Sanna challenge our expectations and assumptions about Irish music [and] invite us to consider our perceptions of the natural world and how attuned we are to its rhythms and phrases – and what it means when a voice in its grand chorus is no longer heard.” – Sean Smith, Boston Irish Reporter

On The Hare Said a Prayer to the Rainbow and Followed the Fox Down the Hole :

“A very innovative recording – mysterious, playful and charming with some lovely musical surprises. From the excellent musicianship and skillfully fascinating arrangements to the relaxed whimsy of the CD package, the whole project is bursting with creativity, yet still manages to convey a love for simplicity – a remarkable achievement.” -renowned fiddler Kevin Burke

“The recording is grounded in the source of its inspiration, while affording itself plenty room for personalization by the artists, who, obviously, live in the present day and can’t help but feel the compulsion to create music in ways that reflect their own experiences in the light of Today.” – Dave Sumner, Bird is the Worm